Home Archives About Subscribe Some Quotes Suggested Reading
Previous month:
July 2017
Next month:
September 2017
Here's What Happens When You're Not Being Present

Here's What Happens When You're Not Being Present

And, what to do about it so you are. Big weekend plans were looming, with house-guests and an event that’s been a year in the planning. Everything coming together. Ticking off the to-do list, with still-needing-to-be-done phone calls and emails and conversations rolling around in my head and a ball of nerves in my gut. But, I’m gettin’ it done. I think. A couple days beforehand I head to the grocery store to get stocked up, and I take time to fill a beautiful cart with necessities and delectables including a lush mint plant. I smile as I picture serving fresh mint water to my guests. I get to the cash register. “Oh, I don’t have my wallet,” I say, with a bit of a panic rushing into my voice as I dig through my purse. It's never not in my purse. “Is it in your car?” the helpful cashier... Read more →

Listen to Your GPS: You Just Might Learn Something

Listen to Your GPS: You Just Might Learn Something

Photo by Julien Lux on Unsplash It was the umpteenth time I’d driven to Los Angeles International Airport in the nearly 20 years I’ve lived in LA. And, in all those times I’d never taken the route Google Maps took me recently. It was a winding path that led me down streets and through sections of the city that were entirely new to me. Previously I’d stuck to habitual routes, commonly known directions or the straight shot, even when traffic was abominable. I laughed at how often I second-guessed the navigation system, overriding the guidance, thinking I knew better, so that whatever GPS I was following had to constantly recalibrate. So, this time I decided to go with it, even as I retorted to Google: “Really? Are you sure about that?” To which she said, “In 1000 feet, turn left on Crenshaw.” “Okay, let’s see,” I said, still thinking I... Read more →

These Words Can Change Your Mindset

These Words Can Change Your Mindset

I recently reconnected with an old friend with whom I'd been out of touch for several years. She's going through a challenging transition which includes selling her home, something she doesn't want to do, but has to. Interestingly, I went through a similar transition at about the same time we'd last spoken. So, the timing of our phone reconnect all of sudden seemed rather divinely directed. I shared something with her that someone said to me during that time that shifted everything for me. And, when I said it, she had a very similar reaction. It got me thinking about how much words, when you hear them at the right time, can shift mindset in an instant. From a place of boy-have-I-been-there, I shared my experience with her. I was laid off in 2008 and was out of steady work for over two years. I was in a daily struggle... Read more → 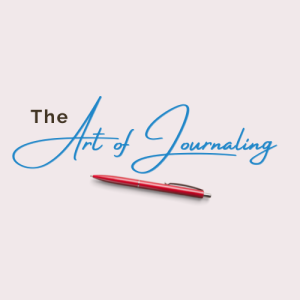